When Apple started selling a $19 glorified microfiber cloth dubbed the “Polishing Cloth,” it left me with no choice. I had to drop down cash on this thing and give it a full review. Is it magical? Is it a revelation? Can it fix my broken Surface Duo 2? Can it bring about world peace? Man, I hope so.

You probably already have microfiber cloths in your home. Every third gadget you buy, your glasses, and even some toys come with one for free. But none of them are like the Apple Polishing cloth. For one, it has the Apple Logo! And it’s compatible with so many Apple devices! Look at that list! And three … it uh.. well uh… Um. It might be made of better materials? Let’s ask Apple. According to the company, the Polishing Cloth is “[m]ade with soft, nonabrasive material, the Polishing Cloth cleans any Apple display, including nano-texture glass, safely and effectively.”

See! It works with Nano-textured glass, which is, like, matte-glass, but fancy because it’s Apple. What other microfiber cloth can lay claim to compatibility with nano-textured glass? Any of them? All of them, probably? Who knows!?

An Average Day Outside An Apple Store
My Disappointment Is Immeasurable, and My Day Is Ruined
The Cloth That Feels Nice, I Guess
Oh Crap, It's Just a Cloth, and I Spent $20 on This

An Average Day Outside An Apple Store

Believe it or not, for a few days there, it looked like getting ahold of the Polishing Cloth was going to be extraordinarily difficult. Shortly after it hit the store, it went to backorder, and Apple started quoting November and December ship dates. Here at Review Geek, we weren’t sure how we’d keep our Apple products in pristine condition. We might have to rub our iPhone displays on some 87 cent cleaning cloth or worse—a shirt sleeve!

But as it turned out, Apple sent this glorious material to local Apple Stores, and I was able to arrange a pickup time. If you have ever been near an Apple Store, you know it is a madhouse, so I opted for curbside pickup. I awaited in my spot in anticipation. How would I explain to the employee my purchase of a single Polishing Cloth? Would he judge me for not buying six? Would he spot my Surface Duo 2 phone and refuse to hand over the life-changing fabric? Would he look upon me with envy and jealousy?

In the end, none of that happened. The Apple employee rushed out, confirmed my identity, handed over the bag, and rushed away. It was almost as if he didn’t care and had more important things to do. Shocking, I know. I didn’t even have to hide my Android phone. If that wasn’t sad enough, opening the bag for the first time and examining the box really let me down.

My Disappointment Is Immeasurable, and My Day Is Ruined

If there is one thing Apple could be known for, besides making the best tablet you can buy, it’s boxes. Say what you will about iPhone versus Android, or macOS versus Windows, just looking upon an Apple product’s package is a sight to behold. Few companies even approach Apple when it comes to simple packaging. So naturally, I had high hopes for an Apple-designed box that contains a Polishing Cloth that commanded and even demanded $19.

I couldn’t be more disappointed in a box. I’m not sure what I should have expected. But I hoped for something more than a suspiciously long and skinny box. Even the picture of the cloth itself on the box left a lot to be desired. It almost looks fuzzy and out of focus. Or is that cloth? Could it be that the cloth itself doesn’t look good? Surely no, the box art must be a lie.

Alas, no music plays when you open the box. Nor does the scent of roses and cleanliness waft from the innards. It doesn’t open with a flair, nor is it even made of high-end premium corrugated fibreboard. Why it’s cardstock at best. The only compliment I can give it is that it requires no knives and no fingernails to open.

A simple, easy-to-tear tabbed strip holds back the hidden treasure inside. It’s just bizarre that such a flimsy and depressing container should be given the holy task of holding what must be a superior Apple-designed cleaning textile. At least I know when I get home, the Polishing Cloth will redeem the substandard box.

The Cloth That Feels Nice, I Guess

Let’s get one thing you want to know out of the way: whatever material Apple Polishing Cloth is made from is nice. Just. Nice. You probably want to know, is it a better material than microfiber cloth you can get for less than a buck, or even free? Has Apple done something here significantly better than “competitors” that’s worthy of such an exorbitant price? No. But it’s nice.

How do I know it’s nice? Because coats. No, hear me out. I love and adore coats. And I own a lot of coats. Replicas of Doctor Who and Firefly coats, many-pocketed SCOTTeVEST coats, even custom-tailored cashmere coats. I’ve spent thousands on coats (sometimes $1,000 on a single coat), and along the way, I’ve come to know fine materials.

The Polishing Cloth is a better material than you’ll find on nearly any other microfiber cloth. It feels entirely different. It’s thicker, more substantial, and it reminds me of an excellent suede material in one of my favorite coats. And if you rub it on your face (of course I did!), it feels smooth and gentle.

That thickness, though, isn’t necessarily great. The Polishing Cloth gracefully folds over itself in Apple’s official images and holds position like a model ready for its closeup. Mine will do no such thing. It has a permanent crease from the time it spent folded in the box.  I had trouble getting it to do anything but lie nearly flat—nearly because that crease won’t let it go totally flat.

But that’s the material—the feel. Does it do the job of actually cleaning your gadgets better than other microfiber cloths? For that task, I dutifully broke out an iPhone 13 Pro, a 6th-generation iPad, a mid-2011 era iMac, a broken Surface Duo 2, and a OnePlus 9 phone. Two devices Apple lists as compatible and three devices that definitely aren’t.

Each sees daily use and hosts varying smatterings of smudges, grease, and other gloppy grossness you might clean with a microfiber cloth. Then I tried to clean them with the Polishing cloth. I started with just the dry cloth, just in case. It’s $19; maybe it can do it better after all.

Alas, that didn’t do much of anything. On my Surface Duo 2, which currently houses the most dust thanks to its folding nature, the cloth merely pushed around the particles but failed to remove them from the displays. No matter, I know what to do. Add water!

And that’s where things really go downhill. This cloth, this wonderful amazing $19 cloth that’s safe to use on nano-texture display—repels water. Yep. The water slides right off. That’s right; it doesn’t absorb it at all. Which means it can’t use the water to clean devices. I tried anyway, and it didn’t help. The included instructions say isopropyl alcohol (IPA) can help with “hard-to-remove” smudges, but I can’t be expected to read instructions! And I don’t carry around IPA! This is supposed to be magical and just work!

At best, it just smushes stuff around the display. My devices look no cleaner after the effort. Oh no. I spent $19 on a cleaning cloth that doesn’t even clean. I should have braced myself better after the letdown of the box. This Polishing Cloth isn’t magical. It’s not a true advancement in textile technology. It’s not even breathtaking. I spent $19 on a small piece of cloth. I’m clearly an idiot.

Now my disappointment truly is immeasurable. I will live with the shame of having overspent on this cloth forever. My children’s children will look upon this heirloom and tell the tale of how Grampy Hendrickson blew an enormous amount of money on a small piece of worthless fabric as a warning to their children. Don’t be like me. Buy a reasonable cloth instead. We even have suggestions! 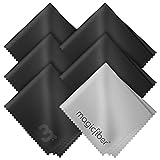 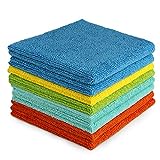 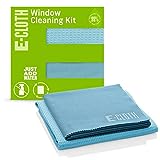 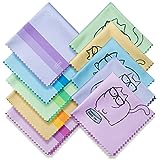