Portable monitors and desktops may not sound like a viable mix. One is meant to be taken on the go, the other the exact opposite. But portable monitors can bring some significant advantages to your setup that standard monitors can’t compete with.

What is a Portable Monitor

You can likely parse out what a portable monitor is from the name alone. It’s a monitor that’s portable—not much more to it than that. However, there are a couple of unique things about portable monitors that differ from standard displays.

Firstly, they usually come installed with a kickstand or some other form of portable stand. These are built-in and don’t take up as much space as most desktop monitors’ highly adjustable stands. Secondly, many don’t require a wall outlet to be powered; they can purely rely on power coming from your laptop, desktop, or even a phone if it supports it.

That’s one of the significant features that make these so good for travel. Without needing an outlet, it makes setting up a mobile workspace much easier. This is precisely what these monitors are usually used for—quick and easy ways to get a display up and running or as a simple secondary monitor for a laptop. Travel is the name of the game here, whether it’s around your city or across the country.

So then, why would you use one with a desktop? A type of computer which is named after how stationary it is. While a portable monitor isn’t designed for desktops, they still offer some key benefits over traditional monitors that are definitely worth considering.

Computer equipment, especially on the higher-end, tends to lean towards being heavy. Not a huge deal for most desktop users, but if you need to quickly adjust something, move stuff out of the way to reach a cable, or you just like changing your setup’s layout regularly, it can get annoying fast. Most desktop monitors have highly adjustable stands so that you can perfectly tune their height and angle to your liking, but they can’t offer that for their positioning. That’s where a portable monitor can come in handy.

With lower weights and a lack of power cords, you can easily move these around your desk to wherever you need them at that moment. It makes it easier to share a screen with someone else and allows you to bend your setup’s layout whenever you want. And if you’ve ever had to move your desktop setup across your home, or even just the room, you know how useful having a lighter display will be. Portable monitors commonly only weigh around two pounds, which makes moving them no matter the distance easy.

Most portable monitors also have additional ports on their frame somewhere as well, so these displays can even act as makeshift port hubs if you need them to.

Having two monitors feels like a universal need for anyone doing work on a computer nowadays. The productivity gains are too high to turn down, but once you start thinking about triple or even quadruple monitor setups, that’s where things get more niche. Most people don’t need that much screen real estate and especially don’t need it consuming a ton of space 24/7. Portable monitors offer an interesting alternative then.

Since most of them are thin and easy to store, you can pull out however many displays you need and then put them away once you finish for the day. No need for massive multi-monitor stands with loads of cables running everywhere. Just get a couple of spare portable monitors that can plug into your desktop for power and quickly expand your setup to have however many displays you want.

The Biggest Downside are the Specs

If you need a high-fidelity display, then these likely won’t work well for you. The panels aren’t as good, and color accuracy is never a huge focus, so using these as a primary display for creative work isn’t a good idea. While some portable monitors have better panels than most, they still won’t match the best desktop displays.

A good portable monitor won’t look bad, mind you, but if you’re working in a field where image quality is important, they’re far from the best choice.

A Good Alternative to Normal Monitors A portable monitor isn’t going to revolutionize your desktop setup, but it can provide added mobility and flexibility you might not have realized you needed. They’re simple, easy ways to expand your setup that, while they might not be able to provide the highest quality images possible, can deliver unique advantages that standard monitors struggle to. Most computer monitors are largely the same product with different specs, which is fine, but having additional options like this is great for giving you more options for how you work.

There are a lot of portable monitors out there for different price points and use cases, from bigger screens to even gaming-focused ones. Finding the one that fits your budget and needs can be tricky, especially since the market is nowhere near as large as desktop monitors, but there are still a lot of great options. 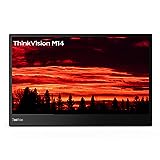 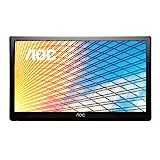 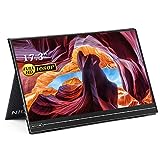 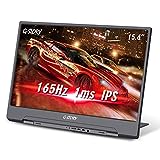