There’s a lot more variation in the computer keyboard market nowadays than anyone would expect, but really, the most important thing about a keyboard is how the keys work. There are two main methods—mechanical and membrane switches—so here’s how they differ and why you should care.

What is a Switch?
How to Tell What You're Currently Using
Mechanical Keyboards: Long-Lasting and Lavish
Membrane Keyboards: Affordable and Variable
So Which Should You Get?

What is a Switch?

The switch is what lies underneath each key on your keyboard. While the plastic key on top is what you interact with, it’s merely a cover for the switch, which is what actually registers your input, and the different methods of doing that are where the names “membrane” and “mechanical” come from.

At the end of the day, both mechanical and membrane switches serve the same basic function: inform the keyboard’s circuit board (commonly referred to as a PCB) of what key you’re pressing. Besides that, you can think of membrane and mechanical switches as digital and analog systems respectively.

Membrane keyboards use the electrical contact between the membrane layers (that rubber-like sheet section) and PCB, while mechanical boards have small pins that get pushed down by the switch’s mechanism. When a key is pressed, it sends the input through the PCB to your computer either through the USB cord or wireless connection.

Other variations of both exist, for example, there are some gaming mechanical keyboards that use light beams instead of pins and rubber dome switches that are extremely similar to membrane ones. There are also the older buckling spring loaded switches which sort of merge the membrane and mechanical switches together. Basically, the differentiation isn’t set in stone, but it’s concrete enough where anytime you see a keyboard list itself as “mechanical” or “membrane” you can safely assume it’s using one of the two methods I listed in the first paragraph.

There are also scissor switches that are membrane-based, but use a light amount of hardware to improve tactility. These are commonly used on laptops and other thin-style keyboards and are pretty popular with typists everywhere.

Keyboards like the Logitech MX Keys are an example of this (and it’s a pretty great keyboard in general). This is more of an offshoot of standard membrane switches so we’re not going to focus too much on them, but they are a great option if you want a higher-quality typing experience without going mechanical.

How to Tell What You’re Currently Using

If you’ve been using the same keyboard for a while and aren’t sure which type it is, don’t worry. It’s actually pretty easy to find out. You can go entirely by feel, as mechanical switches typically have a lot more depth and tactility to their keypresses, but that method isn’t perfect. The much more reliable method is to at least try to remove some of your keycaps (the little plastic cases that you push down while typing).

Some keyboards will make this easier than others, but that’s useful in it itself as well, as mechanical keyboards usually make it extremely easy to remove keycaps. If your keyboard’s being stubborn about it, it’s more than likely a membrane board.

Once you do get some keycaps off, mechanical and membrane switches are pretty easy to differentiate. Membrane switches will look like small mounds of soft plastic, while mechanical switches need to be housed in hard plastic casings and have cross-stemmed pieces sticking out.

You can see what I’m talking about in the image above, colored green, but if you don’t see anything like that on your board, then it’s a membrane keyboard. With that in mind, let’s get into the details of what makes one better than the other when it comes to mechanical keyboards versus membrane keyboards.

Mechanical keyboards really blew up in popularity a few years ago, so why is that?

To put it simply, people just like typing on them. Mechanical switches, thanks to their increased depth and analog nature deliver a lot more feedback with each keypress than any other keyboard switch. If you need to type all day, then having that be more satisfying is a nice luxury to add. The mechanisms present cause mechanical keyboards to produce a lot of noise though—it varies depending on the switch type you’re using, but pretty much any mechanical keyboard will make more noise than a membrane one.

It doesn’t stop with feel, though. There are lots of practical reasons to prefer mechanical switch keyboards as well. Mechanical switches typically offer higher durability than membrane switches. Your average membrane keyboard lasts for about five million keypresses per switch; while that may sound like enough to last a long time, it pales in comparison to the hundreds of millions of presses mechanical switches offer.

If you want a keyboard you can rely on for the long haul, mechanical is the way to go. Mechanical switches also have lower response times making them more preferable for gaming keyboards, but that’s a niche benefit.

When it comes to downsides, the main thing to concern yourself with is the price. Mechanical switches are a lot more expensive than membrane ones, drastically increasing the price of the board. While you can find mechanical keyboards for around $50, they’re not the best and can feel cheap. Most quality boards will start in the $75-$100 price range and just go up from there.

It’s a lot to spend on a computer peripheral, no doubt about it. If you don’t view a keyboard as something worth investing in then a mechanical board isn’t for you. This is a shame because, while the price is the only real downside compared to membrane switches, it’s a big one.

Noise is another downside, but it’s more down to personal preference as many people like the noise mechanical switches produce when pushed down. And if you need proof, there’s an entire category of switches, like Cherry MX keys, that purposefully create a clicky noise when inputted—there’s no functional purpose that, people just like that it makes more noise. Still, the downside is that every mechanical switch makes some level of noise, which doesn’t make them great for shared spaces, like open offices. 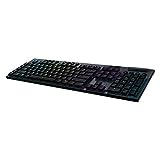 It can be easy to write off membrane keyboards as cheaper options that aren’t worth using in the long run, but that’s not fair. While membrane keys are less durable and often are the lower-quality option, there are membrane keyboards out there that break the mold and offer better typing experiences than your standard bargain bin keyboard. For example, these gaming membrane switches found on the Steelseries Apex 3 (pictured below) offer a decent amount of depth and tactility while still offering the benefits that accompany membrane keyboards.

Even disregarding those, membrane keyboards offer lower prices across the board, next to zero noise while typing, and can even be made water-resistant. That second one goes a lot further than just a price tag as well; since membrane keyboards are cheaper to produce you can find boards that cost budget prices while offering a lot of features. If you’re looking for a board that’s fully kitted out—RGB lighting, media controls, reprogrammable keys, anti-ghosting, etc.—it’s going to be more affordable as a membrane.

Certain mechanical switches can require a relatively high amount of force to fully push down the key, and while it’s never enough to be tiring, it can be annoying. Membrane switches are nice and easy, and when done right have a gentle keystroke that feels great to use. If you care about wrist rests, membrane keyboards are more likely to have one than not, while mechanical keyboards just as often skip them altogether.

The hardware may not be as premium as mechanical switches, but for most people membrane is perfectly fine. Membrane switches are an easy, affordable way to type on your keyboard, that if done correctly has plenty of its own advantages that make it worth using.

When looking at your next keyboard, you should only be concerned with what works for you. If you don’t care about how your keyboard feels, then save the money and go membrane. These keyboards are perfectly functional, quiet, and if you’re willing to spend a little extra time researching, you can find some that feel great. Even if you don’t care enough to do that last step, any membrane board will still allow you to type, which is the most important thing.

Mechanical keyboards should only be considered if you want to go the extra mile, and they’re a world unto themselves. We scratched the surface here, but there are loads more decisions (like switch types) to make within the mechanical keyboard market that you could spend a long time deliberating. They’re for people who care about the mere act of typing feeling good, not just okay.

At the end of the day, either will get the job done, with membrane being an affordable simple choice and mechanical offering something deeper for those who want it.