Call me a hater, but smart TVs are awful. Even if a smart TV works fine out of the box, its smart features will slow to a crawl or become unusable after a year or so. And a smart TV manufacturer is finally admitting that this problem exists—for some products, at least.

Update, 12/22/21: TCL has resumed sale of its Google TVs after pushing firmware updates that address speed and performance issues. If you own a slow-as-hell TCL Google TV, follow the steps on TCL’s website to update its firmware.

TCL mysteriously pulled its full lineup of Google TVs from Best Buy on December 9th. The manufacturer still lists these TVs on its website, but unless your poor soul stumbles across one in-store, you can’t buy a TCL Google TV.

In a statement to 9to5Google, TCL admits “some are facing challenges with the stability of the user interface featured on TCL sets with Google TV.” Nearly every Best Buy customer review for TCL’s line of Google TVs mentions the sluggish and unresponsive software, and many note that they had to purchase a streaming stick to get around the problem.

So, TCL is pausing sales of its Google TVs until it can resolve the performance issues. The company will issue a series of updates over the coming weeks that should make its Google TVs feel snappier, and once that’s settled, the TVs may return to Best Buy. If you own a TCL Google TV, the company suggests manually updating its software now.

I should note that most TCL smart TVs, particularly the Roku models, are well-reviewed and tend to work a lot longer than what some rival companies are offering. But if you’re shopping for a TV today, I suggest that you ignore the software and focus on the screen instead. Streaming sticks like the Roku Express regularly go on sale for $20 or $30.

The 6 Best Streaming Boxes and Sticks of 2021 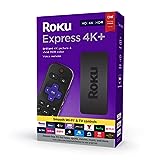