The Microsoft Store was supposed to give Windows 11 users a safe and easy means to find apps. But it’s only accomplished the opposite—the Microsoft Store is chock-full of scams, mainly paid versions of open-source apps like VLC or Firefox. Finally, Microsoft says it’ll take this problem seriously.

According to Microsoft’s new app store policies, which go into effect July 16th, users may not “attempt to profit” from software “that is otherwise generally available for free.”

That's right, that was the intent. Really appreciate the feedback @WithinRafael @unixterminal @anaisbetts ! We are listening, and we will look into clarifying the wording as soon as possible. https://t.co/uIZswaS16U

RELATEDEven in Windows 11, the Microsoft Store is Full of Scams

Presumably, any legit listings for open-source apps will need to include a notice for customers. This notice will ensure that people don’t pay for apps that they can get for free—unless they want to pay and support the developer, of course.

How Microsoft actually handles this new policy is a mystery. Scammy open-source listings have riddled the Microsoft Store (formerly Windows Store) since its launch in 2012. At one point, Microsoft actually encouraged scammy behavior by giving away $100 for every app uploaded to its store.

The 7 Best Wireless Controllers for PC 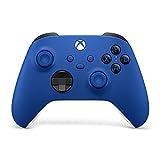