Today, Apple announced that it’s adding select MacBook models to its Self Service Repair program. Starting tomorrow, the company will publish repair guides for the M1 family of MacBooks, sell genuine Apple parts to customers, and rent them repair kits for those machines.

Until now, Apple has encouraged users to use Authorized Apple Service Providers if their computers break down. The company may be trying to get ahead of potential Right to Repair laws, like the bill passed in New York state earlier this year and a proposed California law that failed to pass in that state’s legislature.

While it’s nice that the company is finally authorizing you to repair your own property, it may not make financial sense to go through the official program. Self Service Repair on an iPhone costs about the same as taking it to an authorized repair shop. Performing repairs at an unaffiliated repair store (or at home with third-party components) is often much less expensive.

Unauthorized Apple repair shops have offered  discounted services for years. And companies like iFixit sell repair parts and guides to Mac users wanting to service their machines. However, using those services or non-Apple computer and phone parts voids your device’s warranty and may make them un-serviceable by licensed Apple technicians.

It’s worth noting that Apple has never forbidden users from repairing their own devices. However, it hasn’t been until now that the company has provided repair manuals and official Apple components for their efforts.

Does Your MacBook Need a Case? 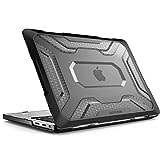 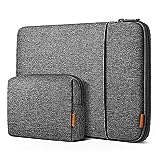 Best Buy
READ NEXT
Danny Chadwick Danny has been a technology journalist since 2008. He served as senior writer, as well as multimedia and home improvement editor at Top Ten Reviews until 2019. Since then, he has been a freelance contributor to Lifewire and ghostwriter for Fit Small Business. His work has also appeared on Laptop Mag, Tom’s Guide, and business.com. Read Full Bio »
Recently Popular