Rumors indicate that Google will debut a budget version of its Chromecast with Google TV alongside the Pixel 7 on October 6th. And it may cost $20 less than the original model, according to a new leak.

Note: Other websites are mistakenly reporting on the leaked Canadian pricing ($40), rather than the leaked United States pricing ($30).

Popular leaker SnoopyTech claims that the Chromecast with Google TV (HD) is already in stock at several retailers. The streaming stick purportedly costs $30 in the United States, placing it squarely in Roku and Fire TV Stick territory. (This streaming stick should cost $40 in Canada and £40 in the UK.)

If this leak is true, the Chromecast with Google TV (HD) costs $20 less than the original model. But it also comes with some downgrades—you can’t stream 4K content, you get a slower Amlogic S805X2 SoC, and RAM is cut from 2GB to 1.5GB.

However, the Chromecast with Google TV (HD) is expected to launch with Android 12. It should also support AV1 decoding and virtual A/B seamless updates, which the 4K model lacks (via Kuba Wojciechowski). These changes could improve streaming reliability, and notably, they will allow the budget Chromecast to install updates without wasting storage space.

The budget Chromecast with Google TV (HD) should debut on October 6th. We expect it to launch alongside several smart home products, plus the Pixel 7 and Pixel Watch. 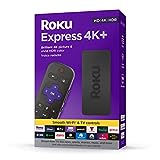