We’ve reached the point where 1080p webcams are criticized for their “low resolution.” Everybody wants a 4K webcam, despite the fact that Zoom, Twitch, and other platforms don’t support 4K video. It’s an odd and confusing situation, especially for those who need a new webcam!

What's So Special About 4K Webcams?
You Don't Need a 4K Webcam for High-Quality Video
You Probably Can't Broadcast 4K Video Anyway
Should You Buy a 4K Webcam?

What’s So Special About 4K Webcams?

Due to the rise of 4K monitors and TVs, 4K webcams are more popular than ever before. They capture video at a higher resolution than 1080p, offering increased detail and clarity even when downscaled for a lower-resolution screen.

Resolution describes the number of pixels in an image. And 4K video contains four times more pixels than 1080p—it’s a pretty substantial upgrade. But the increase in detail provided by a 4K resolution is hard to notice on small screens, which have a high pixel density (when a screen is small, the pixels are packed tightly together, limiting the amount of detail that can fit).

And since 4K webcams usually target the “premium” market, they often contain high-quality components and software. That means a larger sensor for improved low-light performance, a higher-quality lens for extra-clear video, and smart software that can automatically correct white balance, contrast, or color.

You Don’t Need a 4K Webcam for High-Quality Video

Upgrading to a 4K webcam should provide a noticeable boost in video quality. The high resolution produces a ton of detail, while premium components ensure a clearer picture and increased low-light performance.

But if you’re capturing video in a poorly-lit room, the benefits of a 4K webcam won’t feel very substantial. It’s like putting lipstick on a pig.

Most 1080p webcams are perfectly capable of capturing high-quality video. If you already own a 1080p webcam, I strongly suggest trying it with a ring light before you upgrade to 4K. A cheap ring light can improve your video quality by leaps and bounds, to the point that a 4K resolution may seem unnecessary.

You should also consider how you’re using your webcam. If you’re recording YouTube videos, upgrading to a 4K webcam makes sense. The increased resolution will be very noticeable when people watch your videos on large-screened monitors or TVs, even with downscaling.

But if you’re using a webcam for video meetings, the upgrade to 4K may be a bit overkill. Most people will see your video feed in a tiny little box on their screen, and anyway, the most popular video conferencing platforms don’t even support 4K video. (These problems also apply to livestreaming, though to a lesser extent.) 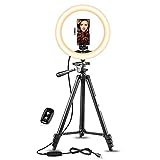 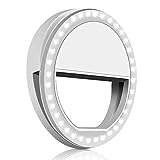 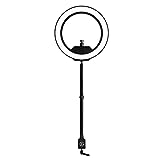 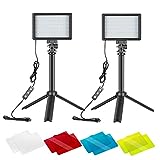 When you watch a YouTube video on a crappy internet connection, its resolution will automatically drop to 720p or 480p. Or, the video may buffer for a bit before playback begins, effectively sidestepping your sluggish internet.

But video calls are live—you can’t have two minutes of buffer when chatting with your boss. So, the resolution of your video feed is constrained by your internet connection. If your home internet is super-duper slow, your video may only broadcast in 480p. But if you have a really fast connection, you could stream live video in 4K.

Let’s talk numbers. In order to broadcast live video at 4K 30FPS, you need an internet connection with an upload speed of at least 25Mbps. I’m talking about the actual bandwidth that’s available to your computer, not the internet speed that your ISP advertises. Real-world internet speeds are affected by several factors, particularly your connection method (Wi-Fi or Ethernet) and the other devices in your home.

According to a 2021 report published by Ookla Speedtest, the average broadband upload speed in the United States is just 22Mbps. This metric is based on real-world data. While 22Mbps is plenty of bandwidth for 1080p video, it’s not enough for 4K.

So, even if you buy a 4K webcam, there’s a pretty good chance that your video meetings or livestreams will be stuck at 1080p. Bear in mind that most internet plans, even those with a fast download speed, tend to have a relatively slow upload speed.

To add insult to injury, platforms like Twitch, Zoom, and Microsoft Teams don’t even support 4K video. They cap out at 1080p. And if you use Google Meet, you’re stuck at a paltry 720p. (That said, some lesser-known video conferencing platforms, such as Lifesize, support 4K.)

Should You Buy a 4K Webcam?

If you’re a content creator, a 4K webcam might be a smart investment. It’ll increase the quality of your YouTube videos or livestreams even when they’re downscaled to 1080p, so long as you have some decent lighting.

Remote workers probably shouldn’t bother with a 4K webcam. At least, not until Zoom and other video conferencing platforms get up to speed with this technology. You could buy a 4K webcam today and save yourself from upgrading in the future, but if you’re worried about wasting money, maybe you should just wait for 4K webcams to become more affordable.

The Best Webcams for Video Conferencing, Streaming, and More The Best Webcam for Game Streaming The Best Add-on Webcam for Laptops

Buy Now
READ NEXT
Andrew Heinzman Andrew is the News Editor for Review Geek, where he covers breaking stories and manages the news team. He joined Life Savvy Media as a freelance writer in 2018 and has experience in a number of topics, including mobile hardware, audio, and IoT. Read Full Bio »
Recently Popular