The Boox Tab Ultra might look like a thick e-book reader, but it’s closer to a computer or tablet in use. I even found myself in the web browser watching YouTube videos to prove it was possible. Of course, whether you should actually be doing the same computing on this device as others is debatable.

E-readers make reading books easy on the eyes with paper-like screens. The Onyx Boox Tab Ultra wants to lend that readability and simplicity to all tablet tasks, and while it does an admirable job working towards that goal, there are some areas where the concept doesn’t work out.

I started this review with the goal of completing it entirely on the Tab Ultra. I wrote nearly all of it on the device, but editing it and putting it in the content management system proved to be a big hurdle. It wasn’t the 10.3-inch screen size that was limiting. I found that size to be generous for viewing my word processor. It was the fundamental way the screen works that made certain objectives difficult.

The actual HD E Ink Carta glass screen with a resolution of 1,872 x 1,404 Carta (227 dpi) was pleasant to look at and quite detailed overall. I still saw ghosting text left behind as new information filled the screen, but it was rarely distracting. In fact, the effect of dangling images left behind has reduced and is becoming less of a problem compared to how it once was.

The biggest thing that ended up driving me crazy over time was the slight delay from refreshing the screen and switching between apps. Even selecting different menu items within the same app tended to show the technology’s current limitations. This isn’t because of the processor speed as far as I could tell; it’s the state of e-paper screens.

RELATEDWhat is a Monitor's Refresh Rate and How Do I Change It?

The screen’s refresh rate and overall effectiveness are a blessing and a curse that will depend on your objectives to determine how you view it. It’s no iPad and will frustrate you if you’re expecting that same experience only in black and white. It is quite impressive compared to dedicated e-readers, however, and should look great if you’re coming from that side.

The Tab Ultra has four main refresh modes: HD, balanced, fast, and ultrafast. Each of these settings has a description below it to help determine which is best for different uses. For example, “fast” is recommended for browsing websites while “HD” has the best display effect suggested for reading.

Interestingly, I found the black-and-white display to be a challenge when using certain kinds of apps. Launching Apple Music was eye-opening. It’s hard not to expect bright, colorful album artwork rather than grey blobs. The same was true of browsing the web on this device. It worked, of course, but it was less pleasant than you might imagine. The lack of color wears on your eyes as your mind spends unnecessary time trying to visualize what it’s used to seeing.

After some time with the Tab Ultra tablet, it became clear that I was only using it for a few dedicated and specific purposes. I had stopped generally exploring new apps or just flipping through existing ones while on the couch watching TV. I found myself reaching for it to write, especially when I was starting a new project from scratch, and when I wanted to read. The other uses of this device became ancillary and supportive of those two primary objectives—for me at least.

Occasionally I would listen to music using the Apple Music app, but only while writing. I would also read news, books, and long-form PDFs, but not so many short clips of information. I wasn’t looking at pictures and I found I was using the web browser less and less over time. I wasn’t messaging people, and if emailing required an attachment or something else more involved, I’d often forgo that as well.

All of my organic usage patterns probably stemmed from either the monochrome screen or the speed it took to move from one task to another. The constant drag of a slight delay multiplied over and over usually added up to reaching for an iPad if I wasn’t typing or settling in to read something longer.

That’s how I found myself using the device over time. Some may crave the paper-like display enough to let any delay fall by the wayside. Dedicated Kindle or Kobo users may understand the desire to do everything on a more analog-looking screen, but I’m not sure the mainstream public is ready to do all of their computing on this type of device. That’s okay.

There were a few aspects I was surprised by. Battery life was tremendous and was always measured in days. It will depend on your usage, but I would expect that even pushing it hard for hours on end would still result in two days of use before needing to recharge the battery. Spending less time with it each day could result in it lasting more than a week and a half. A bit minor, but I also appreciated the Tab Ultra’s ability to combat glare outdoors.

Inside the Onyx Boox Tab Ultra is a Qualcomm Octa-core chip for powering through tasks. The tablet runs Android 11 and comes with the Google Play Store right on the home screen. There was no problem downloading all the apps I wanted on it. Of course, Android apps used on larger screens still leave a lot to be desired. A lot of times you’ll get big phone apps instead of finely crafted tablet ones.

There are default apps for viewing documents and taking notes. There’s even a 5GB cloud service Boox provides that I found handy for syncing documents to it from my computer via a web browser.

The OCR functionality worked fine with the rear 16MP camera when I used it to take a picture of a receipt. Using a camera with an e-paper screen was weird though. That’s probably why there’s not a default camera app—only a feature to “scan documents.”

The tablet has 4GB of RAM and 128GB of storage. You can add more space with the device’s available microSD card slot, though I have a hard time imagining needing more storage space than what’s built-in. To top it off there’s a fingerprint sensor in the power button for increased security, speakers that get plenty loud, and a USB-C port for charging. (There’s no front-facing camera for video calls, but that might be a line too far for a lot of people.)

The keyboard cover from Boox had the ability to completely ruin the Tab Ultra’s experience. Without it, the product is just a fancy, expensive, e-reader instead of the more computer or tablet-like device it is with a keyboard attached. (In fact, at the time of writing, the Tab Ultra was only being sold with the keyboard cover bundled on the company’s website.)

Thankfully, the keyboard cover performed well throughout my use. The keys had plenty of travel and an overall springy feel to them that didn’t make typing feel like a chore. The keys still had hints of mushiness at times, but I was more impressed than not and preferred it to some of the portable Bluetooth boards that Logitech has released over the years.

Beyond the feel of the keyboard, I appreciated its function row which provided access to some media controls, brightness, and a screen refresh button—a handy key for this type of display. The exterior of the cover felt premium. It had a leather-like texture that was soft to the touch and grippy to hold.

I had to turn off the floating predictive text on the screen when using the physical keyboard. Not only was it distracting because it covered up the words I was typing, but it interfered when trying to use certain characters like using the apostrophe. Hitting that key would cause double and triple words to appear on the screen each time. Typing on my lap with the keyboard case was doable. It wasn’t anything remarkable or desirable, but it was certainly usable when needed. 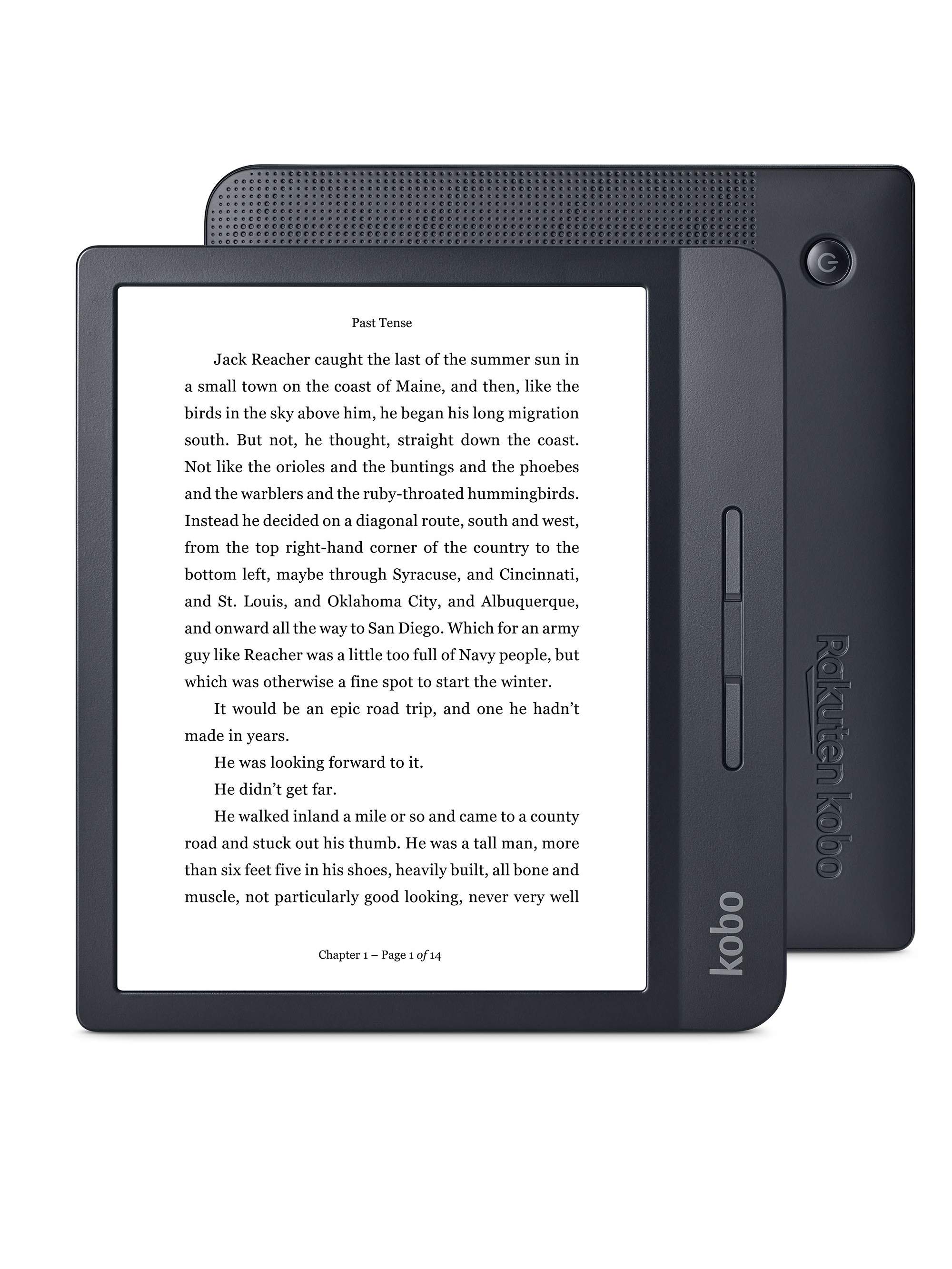 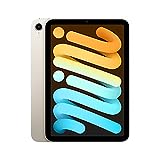 Should You Buy the Onyx Boox Tab Ultra?

The viability and likeability of the Onyx Boox Tab Ultra will ultimately come down to your expectations. How do you plan to use it? And how are you hoping it can help you accomplish tasks? Even if its features indicate it’s a general-purpose tablet, it’s not. It’s a unique device that converges on a bunch of different areas. That makes it amazing to do certain things and more thorny for others.

I found writing and reading on it to be great. Even though the device had plenty of other capabilities available, I was less tempted to use them or be distracted by them than I would have been on an iPad or laptop. A productivity hack possibly.

For anyone who’s sure this is the type of device for them, I would recommend it—it’s great. It has its limitations, but it’s not trying to hide those things. On the other hand, I have a hard time encouraging anyone to take the plunge who doesn’t have the long-term patience for an e-paper screen. And, to be clear, many more people fit in that second boat than the first one.