In accordance with the EU’s new Digital Markets Act, Apple will support third-party app stores and sideloading on European iPhones and iPads. A Bloomberg report states that Apple is using a “significant amount of resources” to implement this change in iOS 17, which launches in late 2023.

For better or worse, European regulators aren’t interested in upholding Apple’s walled garden. The EU recently decreed that Apple, along with other portable device makers, must support USB-C charging by December 28th of 2024.  The new Digital Markets Act takes things a step further, greatly reducing Apple’s ability to restrict software on its platform.

It’s an interesting situation. Apple claims that sideloading presents a threat to customer security and well-being. And, in some cases, the company is probably correct—if you can install any random app, you may eventually come across malware. Third-party app stores could also encourage the trend of “duplicate” or “clone” apps , which Apple usually tries to fight.

RELATEDWhat Is Sideloading, and What Are the Risks?

But, realistically speaking, Apple’s App Store contains plenty of scammy apps. And based on my experience with Android, people who sideload apps are usually tech-literate. So, this new rule is mostly a good thing. You’ll have more control over your phone, and apps that are banned by Apple (such as game emulators or Fortnite) should become easily accessible.

The Digital Market Act could also impact how Apple handles payments. At the time of writing, Apple takes a huge chunk of any in-app purchase or subscription on the iPhone. It also restricts the kind of content that apps can sell (Spotify can’t sell audiobooks on the iPhone, for example). But third-party app stores may help developers skirt around these fees. (This is a huge maybe.)

According to the EU, Apple has until March 6, 2024 to comply with the Digital Markets Act. But Bloomberg states that Apple will implement sideloading in iOS 17, which arrives in late 2023. Again, this change is exclusive to Europe. 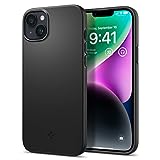