Here we go again—someone found another yet-to-be-released Google product on Facebook Marketplace. This time it’s the Pixel Tablet, a device that doubles as a smart home hub when placed in a docking station.

We’ve seen plenty of leaked Pixel phones on Facebook Marketplace, but never a Pixel Tablet. This listing was spotted and shared by @ShrimpApplePro on Twitter. Unfortunately, whoever’s selling the tablet (for a whopping $400) doesn’t explain where it came from. Obviously, this listing could be fake. But it looks like it might be the real deal. The tablet is running Google’s Pixel Launcher, it has tiny front and rear cameras, and its wallpaper is similar to what we’ve seen in official images.

RELATEDGoogle Pixel 7 Review: It's a No-Brainer

The tablet’s speaker dock is also included in this listing. It has a big “G” logo on its backside, plus a woven fabric finish. A set of connectors at the front of the docking station allows a user to dock their Pixel Tablet.

For what it’s worth, I don’t suggest buying stuff like this on Facebook Marketplace. It might be a fake, or it might be pre-production hardware. Either way, you’ll end up with something that’s probably a lot less useful than a genuine Pixel Tablet. 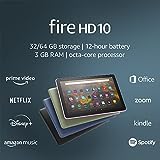 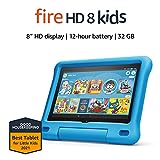