If you see a 16 terabyte portable SSD on Amazon for $100 or less, don't buy it. Such a drive would cost thousands of dollars. These are nothing more than a scam, and don't work well at all. We bought one and got a glorified 64GB hard drive.

When it comes to portable hard drives, bigger is usually better. You want lots of space for photos, videos, or anything else. So when Amazon offers a 16TB external SSD hard drive for under $100, that sounds perfect. It would be if it weren’t a giant scam. I know because I bought one and tore it apart.

Update, 1/17/23: Updated with statement from Amazon

You don’t have to go far to find these fake hard drives. Start a search for a 16 terabyte (TB) external hard drive, and you’ll get dozens and dozen of entries. Most are from completely unheard-of brands like “WIOTA” or “SAJIULAS.” But while these strange brands offer hard drives under $100, options from well-known brands like Western Digital are in the multi-hundred dollar range.

It gets more suspicious. Compare the sub-$100 offering to the others, and you’ll notice the case appears to be much smaller. The well-known brands don’t offer 16TB SSD portable drives; they’re merely enclosures for traditional spinning drives. But the sub $100 brands claim to be M.2 SSD, one of the most expensive and fastest formats out of there. For reference, the largest portable SSD Samsung offers is 2 TBs, and it goes for $180. Also worryingly, there’s the fact that whether it’s “WIOTA” or “SAJIIULAS” or some other unknown brand, every picture is exactly the same. All of that doesn’t pass the smell test. It’s unlikely generic brands managed to find a way to sell the most expensive type of storage for a third of the price the good brands offer on slower formats.

Yet, look around, and many of the “WIOTA” hard drives have five star reviews, often littered with hundreds of votes. What gives? I bought one to find out. And it isn’t pretty.

This Definitely Isn’t an M.2 SSD I did have some difficulty procuring the 16TB portable SSD. The listing claimed it would come directly from Amazon, but instead of fast two-day shipping, my package went to the wrong state entirely and got lost for a moment. I’m not sure how the courier confused Wisconsin and Ohio. But that may have been an Amazon mistake, as the company let me know about the delay and that it turned over the package to UPS to fix the problem.

Once it arrived, I found an unassuming box with an equally unassuming hard-drive and USB-C cord inside. The box makes some grandiose claims:

That last one isn’t a typo; I’m really not sure what “| OS” is. The USB 3.0 Micro B has to be a mistake too; the cord inclosed is USB-A to USB-C. But regardless, with a USB C 3.1 connection to an M.2 SSD, this thing should scream.

To keep things safe, I’m only connecting this hard drive to a freshly factory reset Windows laptop that has never connected to the internet. I have a second freshly formatted flash drive with files and tools to run tests on the drive. My first test involved moving a folder with 1 gigabyte of files onto the portable hard drive. If the claims had been true, that should have taken a minute at most. It took 20 minutes.

That suggests a USB 2.0 connection, not USB 3.1. And I certainly can’t test putting 16 TBs of data on the drive at this rate. From here, the only thing to do is break out some software and test. A few additional tests didn’t reveal malware, but still better than sorry.

Definitely Not a 16 TB Drive Either To start, I needed to confirm how large this “SSD” actually is. So I used a common tool to write data to the drive until it filled up. With a “USB 3.1” connection, that could still take a while, and with the 2.0-like speeds I expected it to take even longer.  After an hour, the test filled the hard drive with 64 GBs of data. Not tiny, but definitely not 12 TBs.

Another handy tool, ChipGenius, gave me more information. While it can’t identify the hard drive component, it did determine that the device only conforms to the USB 2.0 specification, which matches up to the speeds I’m seeing. That rule out USB 3.1 for certain. The only thing left to do is take apart the hard drive.

Not an SSD at All It’s clear that the manufacturer, whoever that may be, didn’t want people to take this hard drive apart. There are no seams, no screws, no obvious points of access. I found a pinhole near the USB-C port resembling a SIM card access point. But no amount of prodding did anything. So I broke out my trusty iFixit tools and pried the thing apart.

“What would I find inside?” I wondered as I carefully shoved one end inside the case. Hopefully, I didn’t break whatever was inside. Maybe it really would be a magical 16TB M.2 SSD drive. Perhaps they just installed it incorrectly, and thus it wasn’t performing correctly. Or maybe, if I were to suggest more likely outcomes, I would open the casing and find world peace. Or the solution to unlimited energy. Or at least the answer to why hot dogs come in ten packs while hot dog buns come in 8 packs.

Alas, once I managed to take the drive apart, I found exactly what I suspected from my tests: a micro SD card slotted into a circuit board acting as a USB-C adapter. The micro SD card doesn’t have any markings on the front side, and some serial numbers on the back that seem to confirm the 64 GB size my testing revealed.

Why does Windows show a 16TB drive, then? That’s likely a part of the board’s firmware, falsely reporting a size that doesn’t exist. This thing is a total lie, from top to bottom.

The Real Problem Is Amazon Listings

If you’re a tech person, you probably know that a 16TB external SSD for $100 or less is too good to be true. But what about everyone else? Most people just assume “larger is better” and look for the largest drive they can find. From there, it’s a matter of looking at reviews.

And therein lies half the problem. I identified dozens and dozens of listings for this product, including an “8TB” version. Many of these had hundreds of five-star reviews, and if that’s all you judge a product by it sounds like a great deal. But upon looking closer, I discovered the reviews often didn’t match up to the product. The reviews were for steering wheel covers, ornaments, pillow covers, and 64GB flash drives.

On Amazon, product sellers can update listings for accuracy and, in the process, “take them over.” That means adding new pictures, titles, descriptions, the works. By the time this scammer finished, what used to be a listing for a steering wheel cover now sells a fake portable hard drive. But despite all the changes, the reviews stay in place.  At least until Amazon notices. This little scam is often called review merging or review hijacking.

I have contacted Amazon and asked for comment on both the fake hard drives and this process of listing takeovers. I haven’t received a statement yet, but I will update this article when I have one. Potentially to its credit, after I provided Amazon links to these fake hard drives, a few of the listings became “unavailable.” But the majority of the links I provided are still up and taking purchases.

However, the listing I personally purchased disappeared on its own before I contacted Amazon. And a new one took its place. I suspect that when enough people buy these hard drives and the reviews drop, the scammer pulls the listing and lists it again in a new spot. It’s like Whack-a-Mole. It may not have been Amazon that removed the links I provided after all.

Just as worryingly, all of these hard drives are “shipped by Amazon.” Not sold by Amazon, to be clear. But they are usually offered with Prime and come from Amazon’s warehouse. If you think sticking to products “shipped by Amazon” offers some security, think again.

Update, 1/17/23 2:04 pm Eastern: In a statement given to Review Geek, an Amazon spokesperson sought to clarify that it doesn’t allow review merging as described above:

We do not allow product listings to be taken over or incorrect information to be listed, and we have zero tolerance for fake reviews. We have clear policies that prohibit reviews abuse, and we suspend, ban, and take legal action against those who violate these policies and remove inauthentic reviews. The items in question did violate our policies and they have been removed.

Despite Amazon’s insistence that it removed the products we linked when requested, they all remain live as of this update. And another search on Amazon revealed more listings that weren’t present before.

If It’s Too Good to Be True, Don’t Buy It and Check the Reviews

The old maxim remains true: if it’s too good to be true, it probably isn’t. If some company seems to have magically found a way to sell a product for a tenth of the price with seemingly better hardware than every other company on the planet, it’s probably a scam.

That won’t always be the case: Wyze came out of nowhere and undercut prices on lots of products. But it’s still a safe bet. If you’re unsure, check the reviews closely. Do they match up to the product? If not, run. And at the end of the day, don’t spend money you can’t afford to lose. No matter how careful you are, you can still get scammed.

Hopefully, Amazon takes steps to remove these scam products. But I’m really hoping the company does something about product listing takeovers. That’d help immensely. Now I just have to figure out what to do with an overpriced micro SD card and a USB 2.0 USB-C board. Frame them for posterity, I guess. 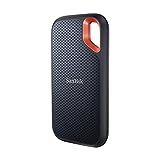 Best for a Budget 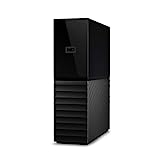 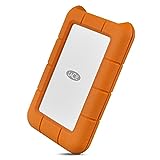