USB is ubiquitous—“Universal” is right in the name, after all. And something so universal can be used for fantastic devices…and also some questionable ones. Let’s take a look at some of the worst.

The devices you are about to see are real (at least to the limit of our ability to check without unwisely spending our own money on any of them). The names have not been changed, because the people who made them are not innocent. This is a light-up button that puts your Windows-powered PC in sleep mode. Because that’s more “eco,” you see. It includes a little calculator app that tells you how much energy you saved while you left your PC in sleep mode, but that app won’t tell you that you’ve wasted $16, dozens of gallons of water, and quite a bunch of CO2 in purchasing a hardware device that does something Windows has been able to do on its own for decades. In fact, you can configure your power button to be a sleep button all on its own. The fact that Brando has been selling this thing for so long that its feature list includes “Support Window 2000/XP/ Vista 32bit” tells you all you need to know. This plastic gadget uses electricity from your USB port to heat up a bit of scented oil and let the scent disperse through the holes in the top of the “flower.” Now, far be it from me to put someone down for wanting their workspace to smell nice—anyone who’s spent time in a cubicle farm will appreciate the scentiment. But you can get an air freshener that works without clogging up one of your USB ports, or even a wall outlet. And that same air freshener will work without needing to be replaced in (let’s be honest, a very optimistic) three months.

You might think you’re a mechanical keyboard fan. But your “minimalist” 40% build has nothing on this binary keyboard, with only a 1, 0, and Enter key. It’s more of a fun project than a serious tool. You can’t technically buy this thing—you’ll have to print the circuit board and 3D-printed case from the open-source files and solder the key switches yourself. But I know there’s at least one enthusiast out there who’s already sold on the ultimate in compact PC entry designs. Oh, and as the creator says on their Reddit post introducing the binary keyboard, “It also does Dvorak.” This low-brow USB gag is something of a classic on the web. It looks sort of like an awkwardly-shaped USB drive, but there’s no storage. Plug it into your USB port, and Rover will start humping you I/O port like there’s no tomorrow. If the plastic chintz appeals to you but you’d like something a little more family friendly, there’s a slightly modified “exercising dog” that does sit-ups instead. The idea that a big chunk of exotic salt with a light bulb inside can ionize your home’s air and provide benefits like “neutralize electromagnetic radiation” and reduce allergens is, frankly, bunk. They’re lamps shaped like rocks, nothing more. If you think they’re pretty, more power to you, but don’t buy into the idea that they’ll cure your asthma. And if a full-power lamp can’t improve the air around it, then a single amp from your USB port on a tiny lump of “salt” isn’t going to do the trick, either. Spend that money on some fresh filters for your air conditioner instead. 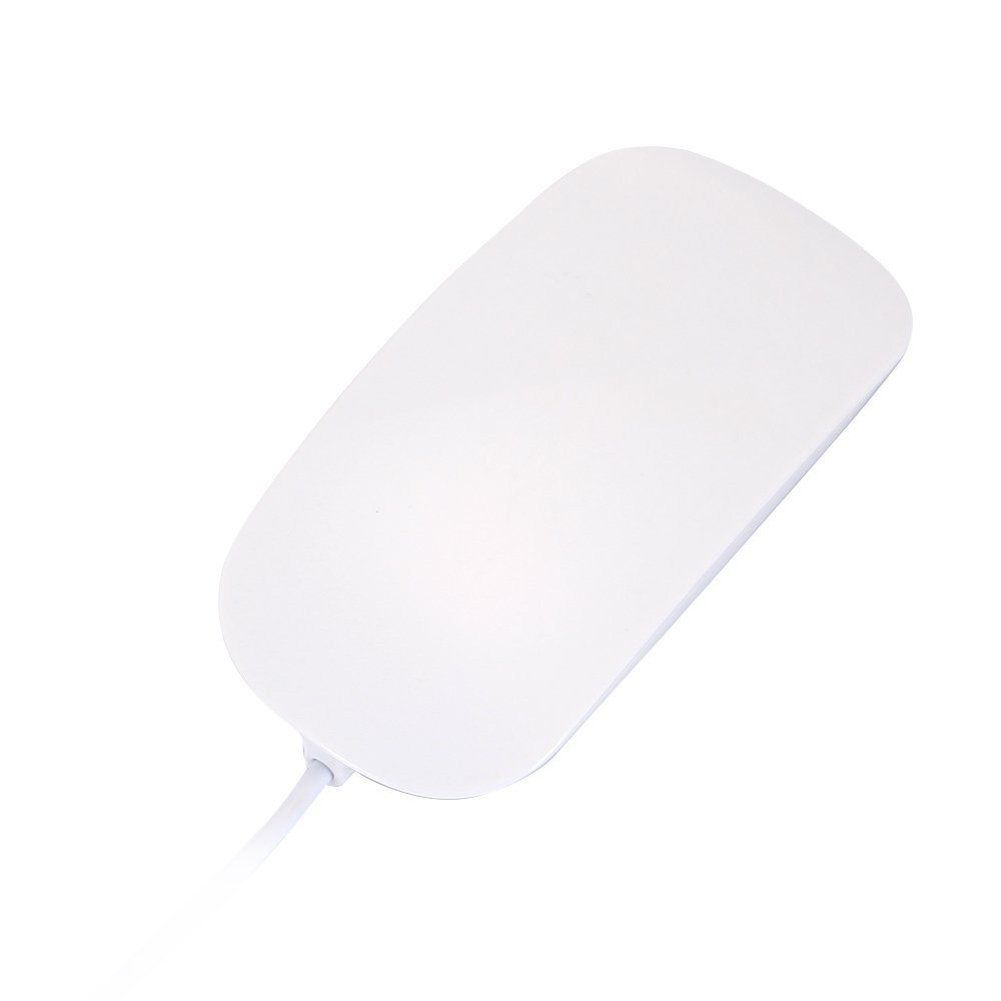 This little gadget looks like an Apple Magic Mouse, for some reason, but it’s billed as a serious alternative to a full-power washing machine. How exactly does it work? It vibrates. That’s it. And while yes, rattling your dentures with a tiny vibration motor might get them clean slightly faster than simply letting them sit there, the idea that this thing can wash clothes like a Whirlpool is hogwash. Your money and your time would be better spent on getting change for the laundromat. Oh, and for some reason the item description doesn’t mention anywhere that it’s waterproof, which seems like a questionable omission. Retailer ThinkGeek has a history of taking its gag April Fool’s products and turning them into real stuff you can buy. So it is with the USB Pet Rock, a modern tech-focused update to the iconic fad. The original USB Pet Rock isn’t technically for sale anymore (though you can probably find it on eBay, or, you know, just glue a USB cable to a rock). But if you’re desperate to spend real money on a fake gadget, there’s a Bluetooth upgrade that includes a real wireless module, battery, and LED. Oh, and it can be recharged wirelessly. It doesn’t do anything once you’ve connected it to your PC or phone, but I suppose you’ll give it a soothing sense of purpose. Or something. 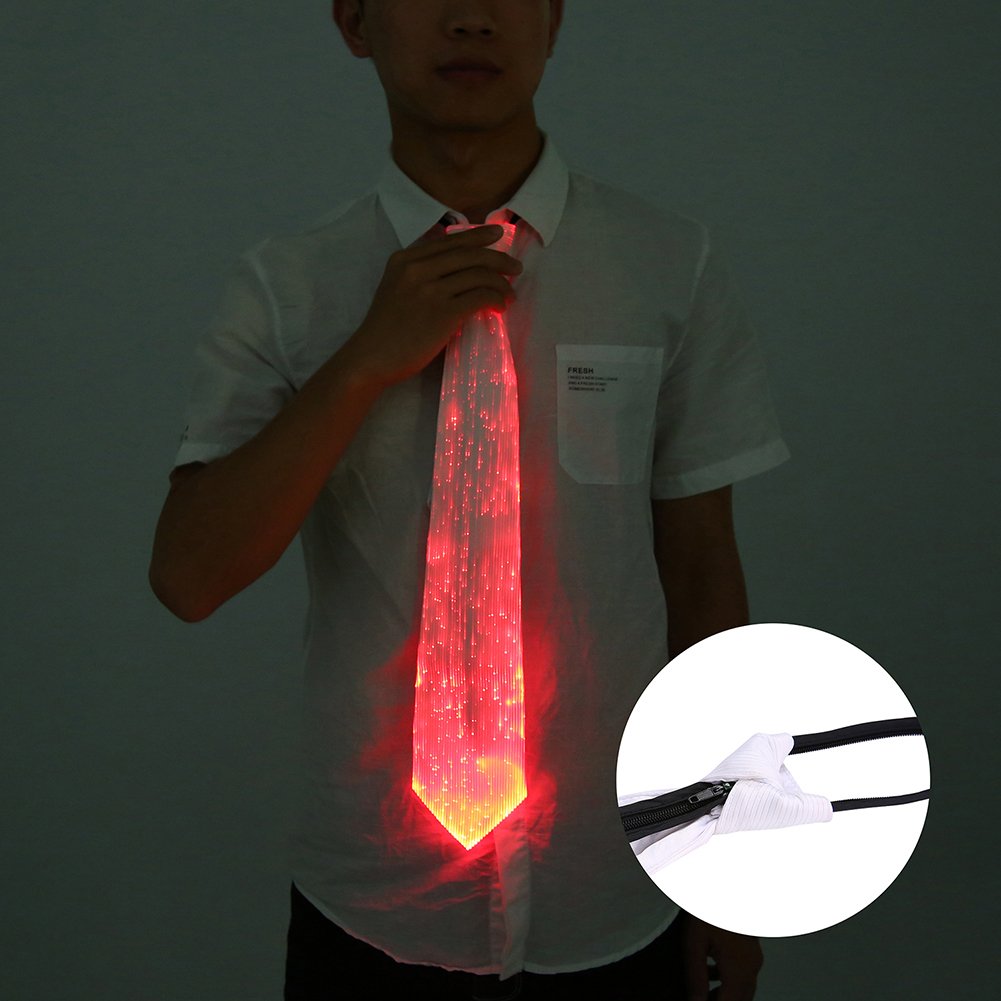 If you’re jealous that your kids get to wear light-up sneakers to school while your office insists on wingtips, then pick up one of these literal power ties. A tiny battery inside will light up the LEDs integrated into the fabric to make your neckwear shine out like a beacon of bad taste. What’s surprising is that, with the lights off, the white tie looks passable. If for some reason you feel like wearing this thing more than once, the outer fabric can be removed from the electronics and washed. 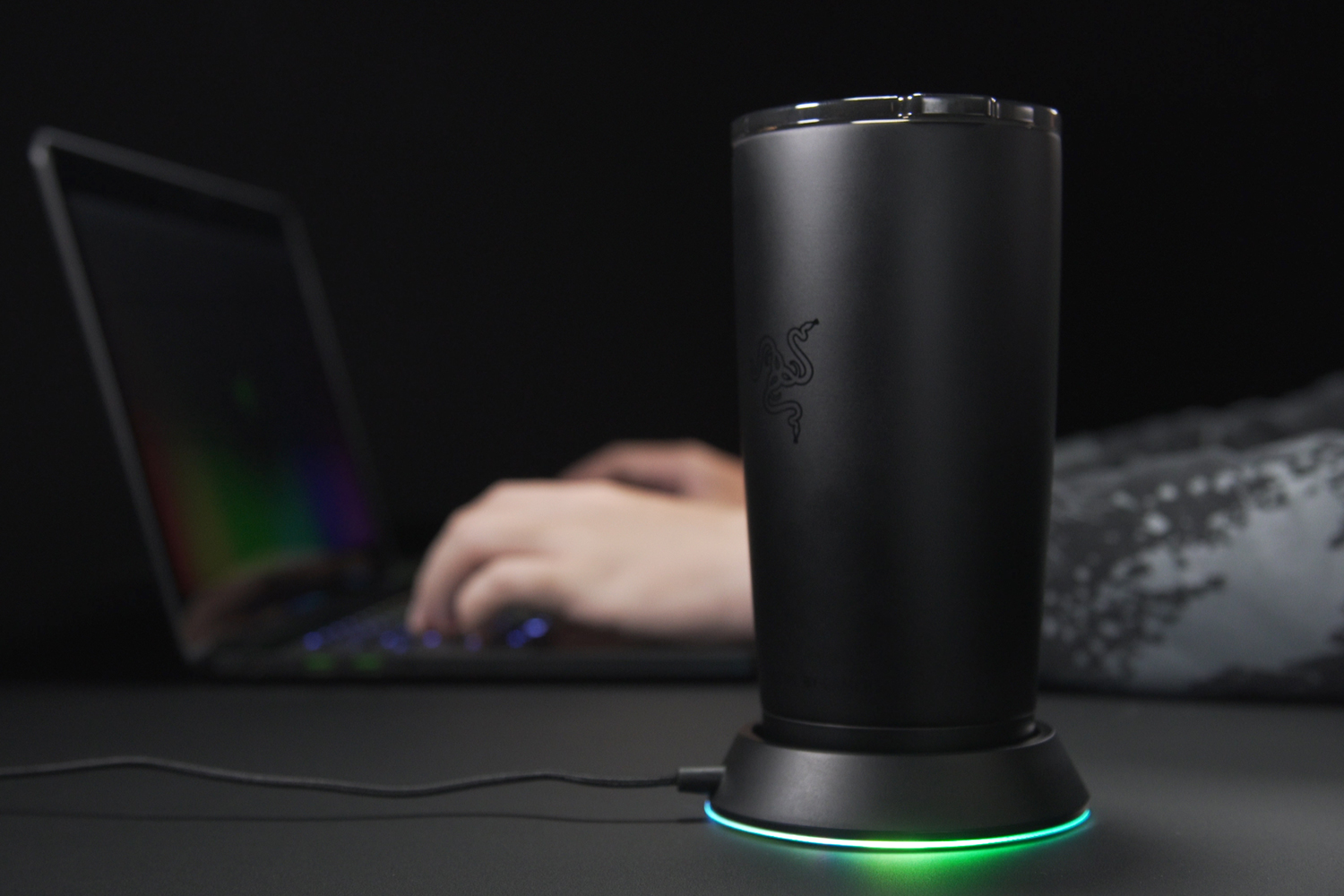 Razer’s obsession with “RGB everything” has been well-documented; when you’ve put a rainbow-colored light strip around a mouse pad, how much lower can you sink? The answer is this, an LED-infused coaster that plugs into a USB outlet. Unlike marginally more useful gadgets that can keep your beverage hot or cold, this platform-and-cup combo doesn’t do anything except light up. But Razer claims that its software will “blink according to an optimal drinking schedule.” Since you can only buy this item with “zSilver” customer loyalty points, earned by buying gaming accessories that actually serve a purpose, it’s possible that Razer is demonstrating an uncharacteristic self-awareness by keeping this thing off of retail shelves.