Buying an accessory for your accessory sounds backward, but if you want to carry around your Apple AirTag, it’s something you’ll have to do. Fortunately, Nomad sells the Leather Loop, a premium leather keychain, which is significantly cheaper than Apple’s offerings.

As with all of Nomad’s products, the Leather Loop is made out of Horween leather. Unlike other (cheaper) leather accessories on the market, you can actually feel and see the quality of the material used. Expect the Leather Loop to age beautifully the longer you use it.

Still not sold? Keep reading to find out why I’m ditching other AirTag accessories for the Nomad Leather Loop.

The Loop Is Semi-Permanent
The Battery Is Tough to Remove
Nomad Leather Loop vs. Apple Leather Key Ring
Should You Buy Nomad's Leather Loop?

The Loop Is Semi-Permanent

Before diving deeper into my thoughts on the Nomad Loop, let’s talk about how the accessory attaches to the AirTag. Unlike Apple’s first-party option, which encases the Bluetooth tracker, Nomad’s uses two pieces of 3M adhesive to adhere the leather case to the plastic and metal halves of the AirTag.

This design isn’t bad, but it does mean it’s semi-permanent. You won’t be able to swap the Leather Loop between AirTags. Forcefully removing the accessory from the tracker (which Nomad says won’t leave behind any residue) will likely deem it useless.

Nomad doesn’t have an official solution for reusing the accessory, but you can probably buy your own double-sided tape from Amazon and re-apply the Leather Loop to a different AirTag. I didn’t test this, so I can’t confirm whether it works or not. But in theory, it should.

I’ll also note that the Leather Loop significantly changes the appearance of the AirTag. While Apple’s  Leather Key Ring is designed to show off the tracker’s engraved Apple logo, Nomad’s Leather Loop covers up most of the AirTag’s surface. Others likely won’t be able to identify the AirTag as an Apple accessory (which you may or may not like).

The Battery Is Tough to Remove

My initial concern when attaching Nomad’s Leather Loop was that I wouldn’t be able to swap out the built-in battery. As Apple says the AirTag’s battery will only last a single year with normal use, this was worrisome.

RELATEDHow to Change and Replace the Battery in Your Apple AirTag

It wasn’t long after the keychain’s announcement that Nomad answered this question on Twitter and released the following how-to guide for changing the battery. As the company states, the fit is tight, but you can twist off the battery cover with the Leather Loop attached using just the right amount of force.

Although possible, I wouldn’t recommend you twist open the AirTag with the Leather Loop attached unless it’s necessary to replace the battery. As the tolerances are tight, you won’t damage the keychain, but you will see a small amount of stress in the leather near the stitching.

The AirTag has one flaw: It can’t be used without the assistance of another accessory. Of course, you could throw the quarter-sized tracker inside of a bag and bypass the need to spend more money, but that’s not a great solution for a product that you want securely tracking your belongings.

If you’re looking at potentially purchasing the Nomad Leather Loop, there’s a good chance you’ve already compared it to Apple’s Leather Key Ring. Both achieve the same goal of mounting the AirTag to your keys or bag, but there are some significant differences.

First, as with almost all first-party accessories, you’ll be paying a premium for Apple’s Leather Key Ring. At $35, you’ll spend more for the keychain that allows you to mount the tracker to a bag than you did for the AirTag. If you’re looking to save some money, Nomad’s Leather Loop is only $25.

Second, we have to talk about functionality. As previously mentioned, the Nomad Leather Loop is semi-permanent. Without a bit of hassle, once the keychain has been attached to an AirTag, it’s on there for good. The Apple Leather Key Ring, on the other hand, securely houses the AirTag with the use of a metal button. Pop it open and you can swap AirTags in and out of the enclosure.

And to wrap things up, you have the color options. Apple’s accessory comes in Baltic Blue, California Poppy (yellow), Forest Green, Saddle Brown, and Product Red. Nomad’s is available in Rustic Brown, Black, and Natural (light tan). Both have options that will match almost any aesthetic.

Bottom line: If you want to swap AirTags in and out of the keychain quickly, go with Apple’s accessory. If you want premium leather that disguises the look of the Bluetooth tracker, go with Nomad’s.

The Best Apple AirTag Accessories of 2022 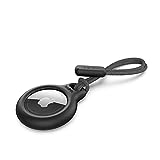 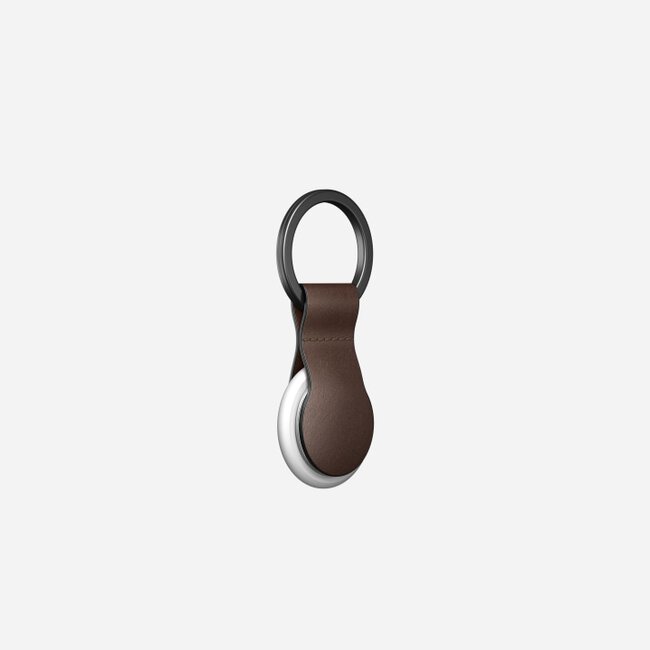 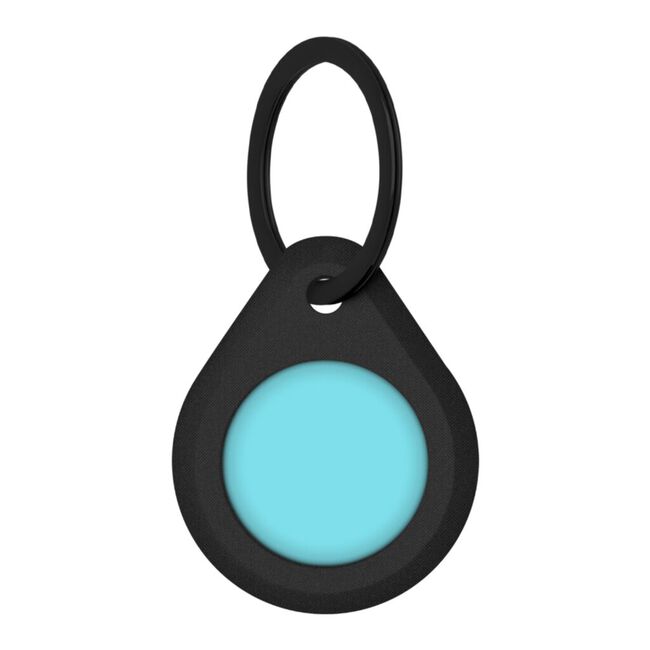 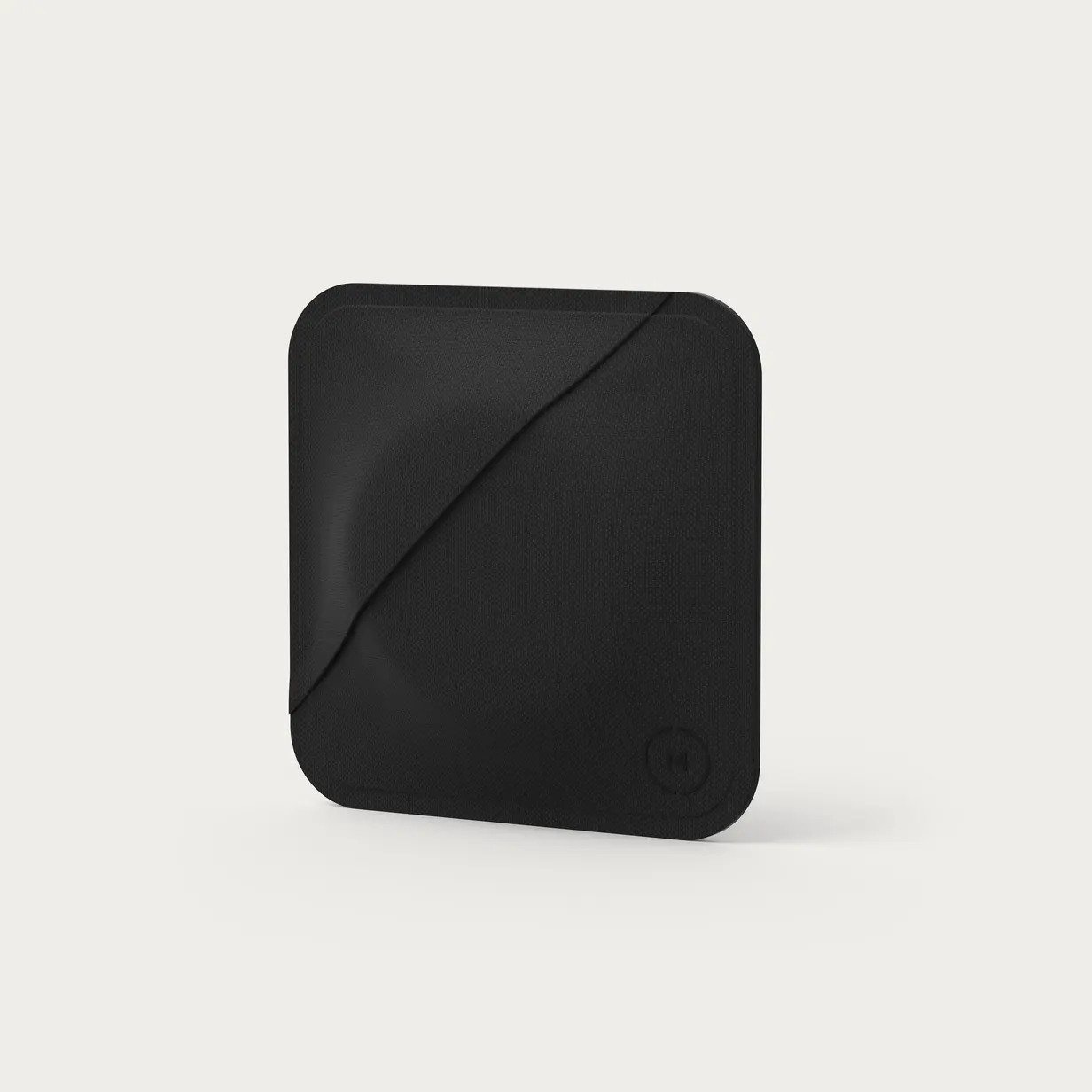 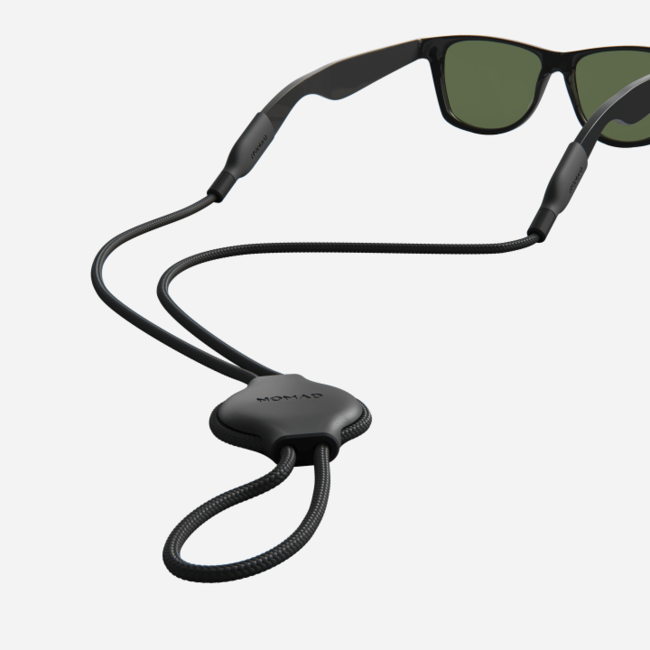 Should You Buy Nomad’s Leather Loop?

Recommending the Nomad Leather Loop is a no-brainer. It’s both cheaper and more premium than any of Apple’s official cases. Although I can’t use it with multiple AirTags, I love knowing that it isn’t immediately obvious that I have a Bluetooth tracker attached to my keys.

Plus, unlike Nomad’s other Leather Keychain, which takes a completely different approach to carrying an AirTag, the Leather Loop is ultra-thin, adding only 2mm of thickness to the accessory. Keeping my keys from becoming bulky in my pocket is important to me.

As mentioned above, the Horween leather will only look better with age. Because I don’t plan to take the Nomad Leather Loop off my keys anytime soon, I cannot wait to see how it looks in a year.